"It's an ill bird that fouls its own nest." 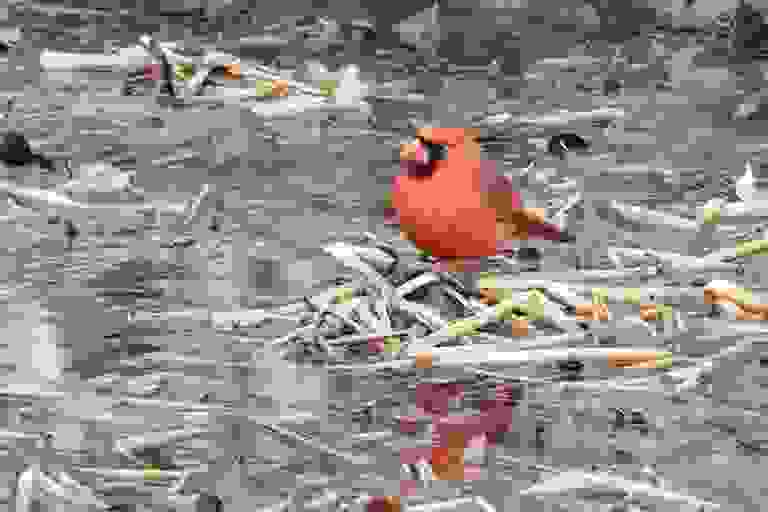 A traveling exhibit of 20th Century African American art from the Smithsonian is on exhibit at the Wichita Art Museum from now until May 23. The exhibit contains more than 40 works from about 30 artists from the Harlem Renaissance through the end of the century.

40th birthday but no growth in effectiveness. FOR MORE, CLICK

From The Guardian: States' blackouts a warning

BlackRock CEO sets targets for its investments. FOR MORE, CLICK

The first novel by a black woman I read was “Their Eyes Were Watching God” by Zora Neale Hurston. She was and still is a controversial figure, but that introduction for me, a white male, to a black woman’s insights, made a deep impression.

Hurston, at 9, was essentially abandoned by her father and stepmother. She didn’t get along with them, and they didn’t understand their complicated, intelligent daughter.

However, abandonment didn’t faze Hurston. As a young adult, she turned up at Morgan State University in Baltimore with nothing but her talent for observation and learning.

They served her well as she continued studies at Howard University in Washington, DC, then Barnard School of Columbia University, where she was the only black student, and finally Columbia University itself. She earned a degree in anthropology at the same time that she was writing short stories.

Finishing school, she began cultural research of black Southern communities, where she documented local tales and history. Along with her life, those stories became the backbone of the novels she wrote as she joined other black writers and activists in the Harlem Renaissance in the 1930s.

At her height, Hurston was a well-known figure for her research and books. She wrote four novels along with several non-fiction works on black culture and folklore.

However, Hurston fell into obscurity in the 1940s as she differed with other black leaders on education and politics. Her work in folklore led her to represent speech patterns with dialect in novels. Other blacks resented the dialect, saying it demeaned blacks and only added to the cultural misconceptions that whites had of African Americans.

I understand opposition to depicting dialect in novels. It can be used to degrade people because of the way they speak, especially uneducated people. But Hurston and other writers of the times were not doing it to demean people, but to depict their lives and situations as they were.

But Hurston had political and social views that were just wrong.

Hurston opposed President Franklin Roosevelt’s New Deal, and she was against integration in some cases. She believed Roosevelt’s social platform was harmful, making black Americans dependent on social programs. Regarding integration, she thought black towns and schools could operate on their own and be just as good as white towns and schools.

I think Hurston’s views were more a matter of pride than practical solutions for disadvantaged, oppressed people. There is nothing wrong with assistance in an unjust economic world. Also, races should cooperate, not turn the world into a field for competition. Besides, the races have never remained pure. There has always been interaction between cultures, and we don’t want to return to a world where countries, or people within countries, are debating or proving who is superior to whom.

Hurston’s works gained interest again in 1975 when Alice Walker, author of The Color Purple, reminded us of Hurston’s talent. Despite her radical views, Hurston’s novels and non-fiction works are insightful and still of interest today.

Portrait of an american cockroach